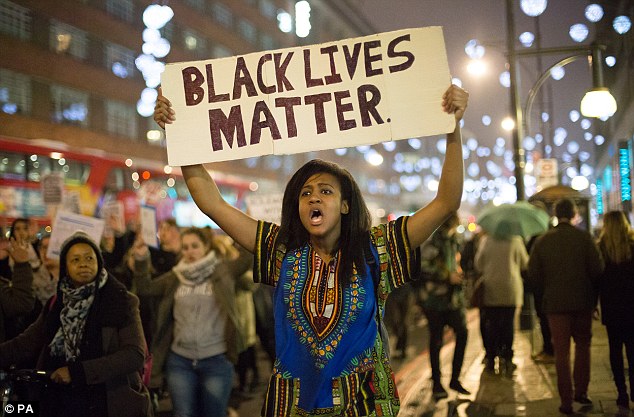 PSA: i am not black and in no way am i trying to say that i understand how it feels to live this nightmare. however, i am a poc and i also fear for my life, although to a lesser extent because i have privilege- the criminal justice system doesn’t hate me as much as they hate my black brothers and sisters and siblings.

For everyone who doesn’t live in the USA or just doesn’t have an idea what I might be talking about, the USA has had a stream of racist hate crimes and police brutality over the last month or so.

It makes me really angry to see that people DENY that this is police brutality, that this is racism- it literally is.

In late March, Ahmaud Arbery was out jogging (mind you, he was holding a TV, but he was just out in his neighborhood) when two white men (who were later identified to be white supremacists) shot. him.

Guess what? THERE WAS A VIDEO. But no action was taken.

Those men weren’t even freaking arrested. A month later, the video was leaked onto social media and it went viral. The hashtags #JusticeForAhmaud and #RunWithMaud became trending and the local police department FINALLY took action and arrested these two men.

THEY WERE GOING TO GET AWAY WITH IT.

Then a few weeks ago, Breonna Taylor and her husband were sleeping in their apartment at 1:00 AM like any normal person would do.

Breonna was a healthcare worker, and she worked on the frontlines with COVID patients. She saved lives.

The police knocked down their door at 1 AM (because they suspected her boyfriend committed a crime that he didn’t, actually- the suspects lived 10 miles away!) and, well, Breonna’s boyfriend was obviously worried that they were being robbed.

He fired one (1) shot, and the police proceeded to unload over twenty shots at them. Eight hit Breonna.

She died on the spot. Her boyfriend was charged with attempted murder. The cops were not charged at all.

Okay, okay, but maybe this one wasn’t a hate crime, right?

A few days ago, a video surfaced of George Floyd, a Black man, laying on the road with a white police officer’s knee at his throat. For ten minutes, the police officer slowly suffocated him until he died at a hospital soon after.

He could be heard saying “I can’t breathe“. Maybe you’ve seen the hashtags #JusticeForGeorge and #ICan’tBreathe on Twitter and Insta.

Maybe you’ve also seen #BlackLivesMatter. The sudden spike of posts under this hashtag has also warranted a spike in the amount of #AllLivesMatter posts.

I’m here to tell you something important: if you say ‘All Lives Matter’ , you’re unintentionally being racist.

First: this doesn’t mean that you’re a racist. A few years ago, a teacher talked to us about Black Lives Matter and I remember thinking, annoyed, don’t brown lives matter too? ALL lives matter, why specifically black people?

I’ve realized, though, that the problem with All Lives Matter is not the words- yes, all lives obviously matter, we all know that– it’s the connotation and the line of thinking that goes behind these words.

In our criminal justice system, in our country, in our society, in our WORLD, Black lives matter less.

The system has placed Black lives below white lives and even other people of color’s lives.

I’m Asian, I’m brown-skinned, but in my community, there is anti-Blackness. I have seen it first-hand. I have had to unlearn my own biases (and I’m still doing it).

In the media, headlines about Black people are thought to be ‘less important’ and shoved to the backseat. Job applications with names that “sound Black” (e.g. DeShawn or Precious) are often thrown out without a glance. Black people just walking makes white women steer clear and grab their children close. White people with Confederate flags (reminder for my intl friends: that was the South in the Civil War. They supported slavery) are protected by the police while peaceful Black protestors are sprayed with tear gas.

By saying “All Lives Matter”, you’re drawing attention away from the movement which is actively trying to fight for equity regardless of skin color. You’re literally taking away from the anti-racist movement.

In other words, you’re (accidentally) helping the racists.

But it’s okay, making mistakes is okay. Learning from them is awesome! Just understand that the BLM movement is saying that in the status quo, Black Lives do not matter to America- they are undervalued. The goal is for Black lives to matter just as much as others’ lives.

Imagine that three patients have been admitted to the hospital. Patient One has a cold. Patient Two has a broken arm. And Patient Three has lost blood and needs life support ASAP.

Who needs the most immediate care?

Patient Three, who is suffering the most, of course.

The All Lives Matter movement is basically saying that you should treat them all as if they are equal wounds. As if the person dying is suffering the same as the person with the cold.

Now, this is a simple analysis in which Person One is White America, Person Two is other POCs like me, and Person Three is Black America.

Obviously, Person Three needs support now. They are at a DISADVANTAGE.

Now, another part of the All Lives Matter movement are just people who are plain racist. But a HUGE portion is people like me-two-years-ago, who just didn’t understand why All Lives Matter is not the right saying to make a difference.

And then there’s those fragile white people, especially, who badly want to be oppressed.

(also a little like me-two-years-ago. so I guess mostly white ppl but also random uneducated POC)

Of course, the majority of white people do not feel like that, but there are some people who are literally desperate to be ‘oppressed’.

I just want everyone who is reading this to stop.

Look away from the screen and breathe, deeply.

Mourn for Ahmaud, mourn for Breonna, mourn for George, and mourn for all the Black people who lost their lives as a result of racism.

We remember you, and we will not stop fighting for you.

31 thoughts on “Why it’s #BlackLivesMatter, NOT #AllLivesMatter”