It’s been a while since I’ve posted book-related content but since books are a primary focus of this blog, I thought I’d treat you to a nice wrap-up.

I’m definitely not up for doing a whole-year wrap-up but since there are lots of posts popping up about favorite and least favorite books, I thought I’d hop on the bandwagon!

All of these are in no particular order unless specifically mentioned. And just to be clear, these weren’t necessarily published in 2019 (some of them were, though). These are just books that I loved this year. Also, I’ll be won’t be posting my least favorite books separately but there’ll be a small section for them too!

This was an absolute delight to read! Now, at the end of the year, I’m seeing this book in a lot of people’s wrap-ups: there are definitely more of these on disappointing book lists than I thought there would be! But, of course, a book can’t please everyone! Also, it gets extra points for being diverse (gay rep).

Premise in a sentence: The prince of England and the son of the US president fall into an epic and fluffy love affair right before the US elections.

Six of Crows by Leigh Bardugo

SoC is an INCREDIBLY hyped book and although it was really amazing and a great book, I don’t think it deserves the title of best diverse YA fantasy. There are a lot more amazing books out there and SoC isn’t #OwnVoices for most of the rep. Despite that, I loved it! It kept me on my toes and deserves a lot of the hype. My only issue was Kaz- I really, really hate him for being a jerk and his relationship with Inej is quite toxic.

Premise in a sentence: A ragtag group of gang members and mercenary teenage fighters go on a heist filled with secrets, betrayal, and adventure.

We Set The Dark On Fire by Tehlor Kay Mejia

WSTDOF was a beautifully lesbian book. I loved how the premise didn’t even MENTION it but Carmen and Dani just perfectly fit with each other. It’s gotten some ~not so great~ hype as well, and it definitely isn’t my favorite book of the year (probably more like my least fav 5-star which is still really good!) but I definitely enjoyed the lush and enticing world with its political problems.

Premise in a sentence: In a world where every man has two wives, a seemingly perfect political hierarchy is turned upside down when the two wives of one powerful man fall in love with each other.

THIS BOOK. It’s golden and beautiful and turned my heart upside down. Every single character in this book is lovable. EVERY SINGLE ONE. I loved this book so much and Ari and Dante are the cutest couple ever! Plus, it’s #OwnVoices.

Premise in a sentence: Two Hispanic boys in 1980s Texas befriend each other: one is solemn, pessimistic, and ‘gloomy’ while the other is peppy, outgoing, and earnest.

The more that I think about it, this book should have remained a standalone. Its sequel, Legendary, wasn’t as great as this and I couldn’t even finish Finale. However, the setting is MAGICAL and the imagery is amazing. Many people had issues with the main character(s) and, looking back, I agree that the love interest fit the horrid ~bad boy~ trope, but my first impression was of a lush, immersive fantasy with an MC who loves her sister.

Premise in a sentence: Two sisters flee their abusive father and end up right in Carnaval, a fantastical (yet dangerous) game of magic, lies, and secrets.

The Hate U Give by Angie Thomas

This- THIS BOOK. This book is everything. It’s definitely a backlist book BUT I LOVED IT SO, SO MUCH. Honestly, this could very well be in my top three books of the year (probably #2). I loved everything about it. It deals with such important, pressing issues and although it’s not for the faint at heart, everyone should read The Hate U Give.

Premise in a sentence: After Starr’s childhood friend is shot by the cops in an act of racial violence, she fights to bring justice while managing the rest of her life on a shoestring.

Ok, guys, after typing this and making the graphics, I realized that I forgot perhaps my favorite read of the entire year! So keep in mind that the following book is probably #1 on my list 😉 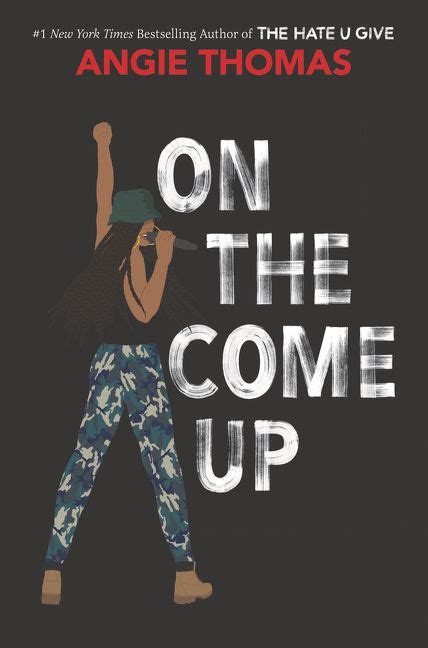 On The Come Up by Angie Thomas

This book is also by Angie Thomas (one of my favorite authors, btw) and IT’S ABSOLUTELY AMAZING. Not only does it tackle heavy topics (i.e. gentrification, racism, racial-based violence) but it also delves into more nuances and teenage life and although I loved THUG, it was easier to relate to On The Come Up. Also, Bri is so brilliant!! The rapping scenes were TO DIE FOR.

Premise in a sentence: When Bri, daughter of a past underground rap legend, becomes an internet rap sensation overnight, her video also sparks controversy and she is forced to face all the backlash.

MY LEAST FAVORITE BOOKS OF 2019

To quickly go over why I didn’t like these books (actually, I only hated one of them. The rest were just meh):

AFTER: Horrible trope of ‘bad boy, good girl’. Toxic relationship NOT CHALLENGED. Sexual assault from love interest, NOT CHALLENGED AT ALL urgh. Hate everything about this book but it was addicting. (1 star)

AGAIN BUT BETTER: Pretty boring. No substance. Bland MC. Weird time travel aspect at the end (isn’t it supposed to be YA contemporary?) (3 stars)

AUTOBOYOGRAPHY: Could’ve been cute. Tanner, the MC, was the cause of a toxic relationship with Seb (pressured love interest to go further than he was comfortable with). Lost the plot about halfway through. (3 stars)

UNDER THE NEVER SKY: Kind of boring. Had to read for school. Could’ve been executed better. Some aspects of the story like ‘Aether’ never explained.

FAHRENHEIT 451: Very confusing plotline- it was all over the place. Also had to read it for school and annotate it. Some plot points could’ve had potential but were abandoned (e.g. Mildred and the books). Montag was really confusing. Honestly, a lot of it was confusing. (3 stars)

WHEW, this post is huge! Now I see why people are separating it into two posts. I hope you liked reading this and saw some of your favorite books on here!

This is the last post of the year, and I wish all of you guys a very amazing New Year and new decade!

How many of these books have you read? Were any of the books on my ‘favorites’ on your ‘least favorites’ list or vice versa? What are your plans for celebrating the New Year?